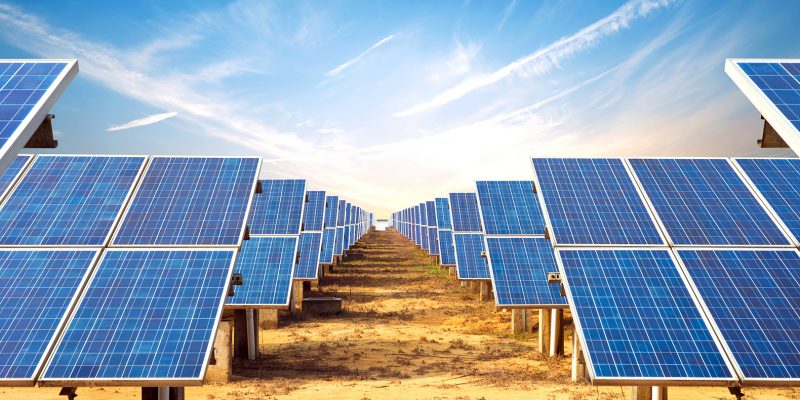 As the green revolution gains momentum, energy-efficient and sustainable appliances are increasingly prevalent in the home appliance market. Despite all the hubbub, very few consumers actually understand the mechanisms that differentiate an old, unsustainable appliance from the new-age, environmentally-friendly models being developed today. One of the most important technological advances revolutionizing the way our appliances are powered is the increased ability to efficiently harness the power of the sun and convert it into electricity. Accordingly, this article will provide a little information about how solar energy works.

To call the sun a powerhouse would be an understatement; it is the source of energy for our world and enables the existence of all life on the planet. The sun outputs 10 decillion (which looks like a 1 followed by 34 zeros) joules of energy every year, bathing the planet in life-sustaining force.

One iteration of this force is called photosynthesis, a process undergone by plants that uses light harvested from the sun to combine carbon from the atmosphere that the plants can then metabolize in order to fuel their growth.

Solar panels aren’t all that different from plants, except that they convert the sun’s light into electricity. They’re able to do this by way of photovoltaic cells.

The photovoltaic effect works like this: when light hits an atom, it is sometimes absorbed by one of the electrons that orbit that atom. This absorption boosts the energy of the electron, which in some materials (such as some metals and silicon) enables the electron to burst free of the atom. It will then move around willy nilly through the crystal structure of the material.

By creating two crystal structures layers in this material, the movement of the electrons can be exploited. Scientists have figured out that if you contaminate one layer of the material, called the N-type material, with a chemical (this process is called doping), the layer will be boosted with extra electrons. The second layer, which is made with P-material, can be contaminated with another chemical that makes it more prone to soaking up extra electrons. A junction, call the NP junction, is then posited between the two materials so that a voltage difference builds between the two layers. With the proper use of a circuit, this voltage difference can be used to power an appliance, charge a battery, or complete a variety of other functions that are performed using electricity.

Because each solar cell generates a small voltage (generally somewhere in the arena of 0.5V), multiple cells have to be connected in order to up the voltage to the point that it can complete useful work. That’s why most rooftop solar systems aren’t composed of just one panel; generally a fair amount of them have to work in tandem in order to be powerful enough to be legitimately helpful.

Solar panels create direct current (DC) rather than alternating current (AC). This can be somewhat problematic, as AC is what is delivered to houses through community-wide power grids and most appliances are built to take AC. In order for the energy harvested by solar panels to power your dishwasher or toaster, it must be converted to AC. It also needs to be stored throughout the day, as many of your appliances are made for night time operation, when the sun is not available as an energy source.

Solar panels are also very costly; solar cells are expensive to produce due to the precise growth of large crystals with complex chemical compositions that they require. For the time being, a solar panel buyer must see value in contributing to the green movement, as there isn’t a financial incentive just yet.